Get the intro deck 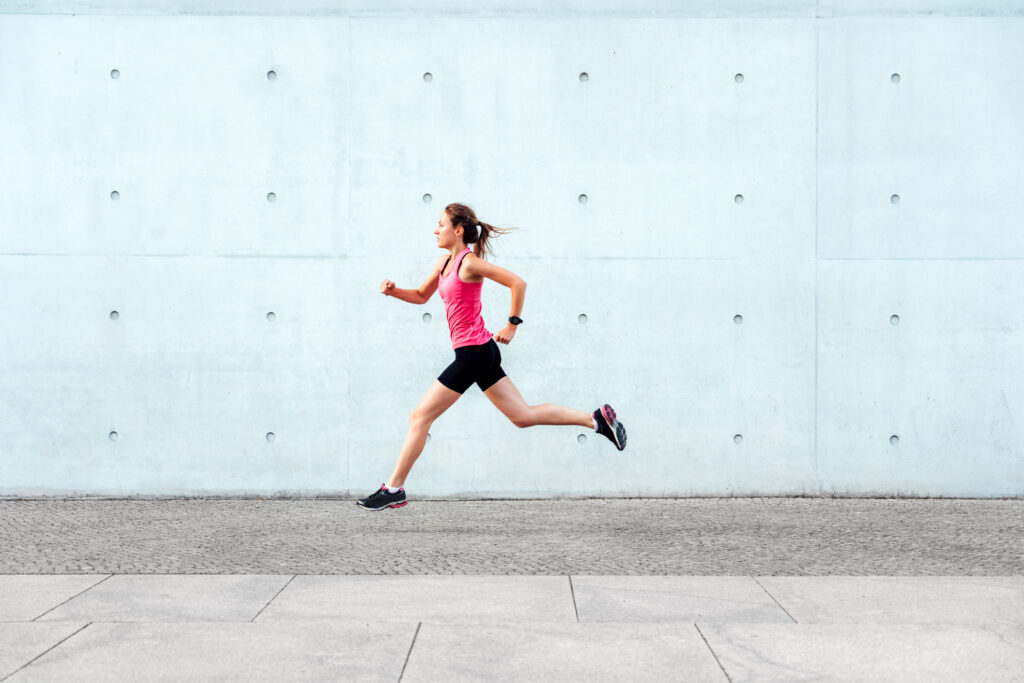 There are lots of interesting and exciting themes emerging from the conference - we've picked our top three:

1. Start by aligning strategy to execution

A theme that is close to hearts here at Kiplot! We were delighted to hear that the opening keynote speaker (Laura Barnard) chose to focus on this, arguing that the role of the modern PMO is to act as the orchestration layer, that connects strategy to execution on an ongoing basis.

71% of projects are not aligned to company's strategy.

2. Focus on overall productivity, not on resource utilisation

Adrian Stalham gave a provocative talk on the importance of focusing on maximizing productivity (or “flow”). He pointed out that in many organisations, this is likely to be at odds with the philosophy of maximizing utilization.

Multiple studies have shown the significant cost of context switching, reporting that it can cost 40% of your productivity. What would you do with an extra 40% of your week? That's the equivalent of an extra 2 days in the week - for your entire organisation!

Adrian brought this to life using an example. Imagine timing how long it takes for someone in your team to complete a specific task. Let’s take writing an email as an example. Let’s say it takes them 1 minute.

You can then assume that if they write that same email 10 times, sequentially (one after the other), it will take them around 10 minutes (let’s pretend copy + paste doesn’t exist).

However, if you ask them to write that same email 10 times, but rather than doing it sequentially, you get them to attempt to write them all at the same time, switching between tabs as they write one word within each email, it will take them much longer than 10 minutes to complete the activity.

While this example might seem silly – it perfectly illustrates what happens when you load up teams to maximum utilization. Pursuing fewer initiatives and underutilizing your organization may actually result in greater output than stacking your teams up with a list of initiatives that maximise their utilisation.

The sketch below illustrates this concept:

Do less to achieve more. 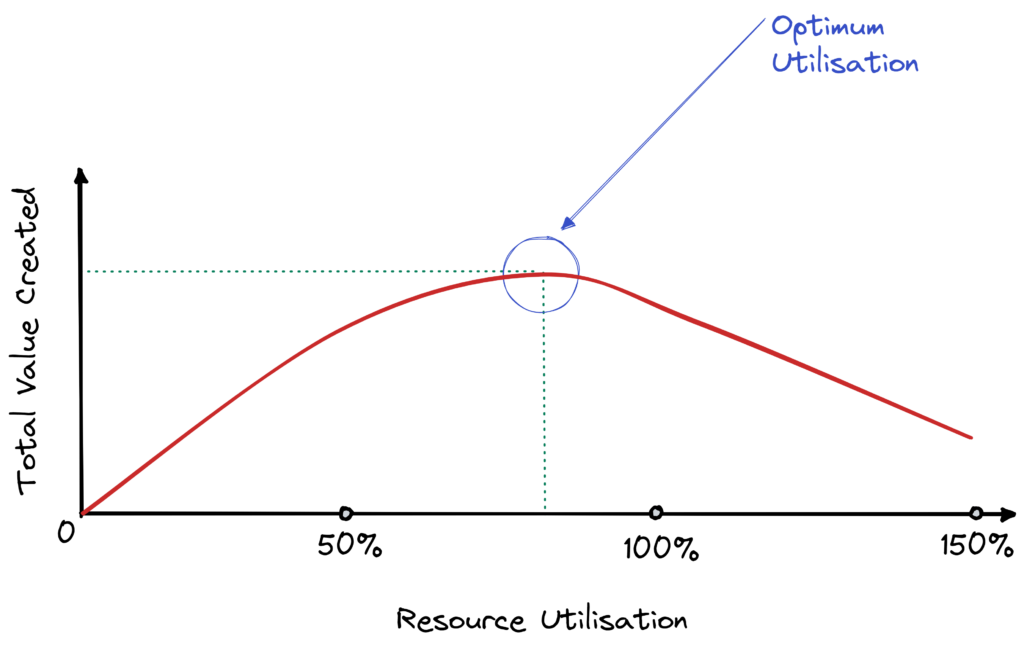 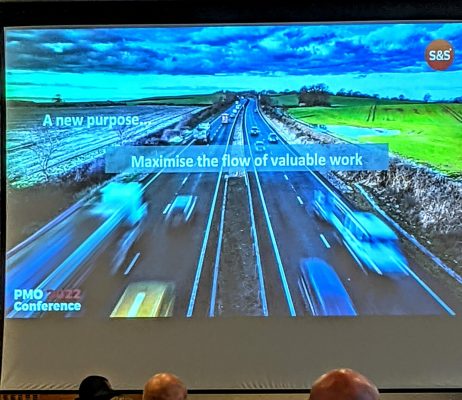 3. Organisations have (finally!) begun to focus on agility, rather than Agile

Over the last few years, there has been a preoccupation with questions about the discipline of Agile, its jargon, its training courses and its various flavours. Based on the great conversations we had on the day, organisations have begun to refocus on the broader objective  – to get closer to the customer, while increasing the speed, efficiency and quality of the change that they deliver.

As a result, we had some fantastic discussions. At our stand, some of the best questions and conversation themes from the day were:

“How do I best organize my teams to reduce dependencies and concentrate expertise?”

“How do I adapt our investment governance processes to better support continuous prioritization and continuous iteration, while keeping the CFO happy?”

“How can I introduce greater empowerment to teams, while ensuring they remain aligned to our strategy?”

“How do I minimize reporting, but maximise data driven decision making?”

“How do I measure productivity?”

Focus on agility, not on Agile.

We use cookies on our website to give you the most relevant experience by remembering your preferences and repeat visits. By clicking “Accept All”, you consent to the use of ALL the cookies. However, you may visit "Cookie Settings" to provide a controlled consent.
Cookie SettingsAccept All
Manage consent

This website uses cookies to improve your experience while you navigate through the website. Out of these, the cookies that are categorized as necessary are stored on your browser as they are essential for the working of basic functionalities of the website. We also use third-party cookies that help us analyze and understand how you use this website. These cookies will be stored in your browser only with your consent. You also have the option to opt-out of these cookies. But opting out of some of these cookies may affect your browsing experience.
Necessary Always Enabled
Necessary cookies are absolutely essential for the website to function properly. These cookies ensure basic functionalities and security features of the website, anonymously.
Functional
Functional cookies help to perform certain functionalities like sharing the content of the website on social media platforms, collect feedbacks, and other third-party features.
Performance
Performance cookies are used to understand and analyze the key performance indexes of the website which helps in delivering a better user experience for the visitors.
Analytics
Analytical cookies are used to understand how visitors interact with the website. These cookies help provide information on metrics the number of visitors, bounce rate, traffic source, etc.
Advertisement
Advertisement cookies are used to provide visitors with relevant ads and marketing campaigns. These cookies track visitors across websites and collect information to provide customized ads.
Others
Other uncategorized cookies are those that are being analyzed and have not been classified into a category as yet.
SAVE & ACCEPT

Fill out the form below and we will be in touch.

Get the intro deck